This year, I’ve invited non Black people who are in someway connected to youth literature to share a list of 5-10 books written or illustrated by Blacks that will appeal to children. I asked for anything from board books and graphic novels to biographies and adult crossover. The authors or illustrators could be living or dead, U.S. residents or not. The results have been quite amazing.

Today’s recommendations are from Brendan Kiely. 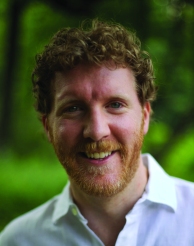 As a former high school teacher and a (mostly) YA writer, I’ve compiled a list of nine contemporary black women whose writing, work, and visions of the world I deeply admire. I’ve included some of these books on a class syllabus in the past, and others who I would add now if I was still in the classroom; I would certainly recommend all of the books and writers below to every single teen. At the end of the list I’ve also added one man, because I love him, and all his books are fabulous, and I just had to pick one of my favorites to highlight.

As a note of clarification, the first two writers are published as adult fiction, but both of these books are excellent for teen readers too.

Salvage the Bones, by Jesmyn Ward (Bloomsbury, 2011) Enduring a hardscrabble existence as the children of alcoholic and absent parents, four siblings from a coastal Mississippi town prepare their meager stores for the arrival of Hurricane Katrina while struggling with such challenges as a teen pregnancy and a dying litter of prize pups.

Homegoing, by Yaa Gyasi (Knopf, 2016) Two half sisters, Effia and Esi, unknown to each other, are born into two different tribal villages in 18th century Ghana. Effia will be married off to an English colonial, and will live in comfort in the sprawling, palatial rooms of Cape Coast Castle, raising half-caste children who will be sent abroad to be educated in England before returning to the Gold Coast to serve as administrators of the Empire. Her sister, Esi, will be imprisoned beneath Effia in the Castle’s women’s

dungeon, and then shipped off on a boat bound for America, where she will be sold into slavery. Stretching from the tribal wars of Ghana to slavery and Civil War in America, from the coal mines in the north to the Great Migration to the streets of 20th century Harlem, Yaa Gyasi’s has written a modern masterpiece, a novel that moves through histories and geographies and–with outstanding economy and force–captures the troubled spirit of our own nation

Piecing Me Together, by Renee Watson (Bloomsbury, 2018) Jade believes she must get out of her poor neighborhood if she’s ever going to succeed. Her mother tells her to take advantage of every opportunity that comes her way. And Jade has: every day she rides the bus away from her friends and to the private school where she feels like an outsider, but where she has plenty of opportunities. But some opportunities she doesn’t really welcome, like an invitation to join Women

The Rock and the River, by Kekla Magoon (Aladdin, 2009) 1968 Chicago, fourteen-year-old Sam Childs is caught in a conflict between his father’s nonviolent approach to seeking civil rights for African Americans and his older brother, who has joined the Black Panther Party.

and Joy Road, Fabiola Toussaint thought she would finally find une belle vie – a good life. But after they leave Port-au-Prince, Haiti, Fabiola’s mother is detained by U.S. immigration, leaving Fabiola to navigate her loud American cousins, Chantal, Donna, and Princess; the grittiness of Detroit’s West Side; a new school; and a surprising romance, all on her own. Just as she finds her footing in this strange new world, a dangerous proposition presents itself, and Fabiola soon realizes that freedom comes at a cost. Trapped at the crossroads of an impossible choice, will she pay the price for the American dream.

Allegedly, by Tiffany Jackson (Katherine Tegen Books, 2017) When Mary, a teenager living in a group home, becomes pregnant, authorities take another look at the crime for which Mary was convicted when she was nine years old.

Dear Martin, by Nic Stone (Simon and Schuster, 2018) Justyce McAllister is top of his

class and set for a bright future–but none of that matters to the police officer who just put him in handcuffs. Justyce looks to the teachings of Dr. Martin Luther King Jr. for answers. But do they hold up now? Then comes the day Justyce goes driving with his best friend, Manny, windows rolled down, music turned up, sparking the fury of the white off-duty cop beside them. Words fly, Shots are fired. In the media fallout, it’s Justyce who is under attack.

The Belles, by Dhonielle Clayton (Freeform, 2018) In a world where Beauty is a commodity only a few control, one Belle will learn the dark secrets behind her powers, and rise up to change the world.

The Beauty that Remains, by Ashley Woodfolk (Ember, 2019) We’ve lost

everything…and found ourselves. Loss pulled Autumn, Shay, and Logan apart. Will music bring them back together? Autumn always knew exactly who she was- a talented artist and a loyal friend. Shay was defined by two things- her bond with her twin sister, Sasha, and her love of music. And Logan has always turned to writing love songs when his real love life was a little less than perfect. But when tragedy strikes each of them, somehow music is no longer enough. Now Logan is a guy who can’t stop watching vlogs of his dead ex-boyfriend. Shay is a music blogger who’s struggling to keep it together. And Autumn sends messages that she knows can never be answered. Despite the odds, one band’s music will reunite them and prove that after grief, beauty thrives in the people left behind.

Boy in the Black Suit, by Jason Reynolds (Atheneum, 2015) Soon after his mother’sdeath, Matt takes a job at a funeral home in his tough Brooklyn neighborhood and, while attending and assisting with funerals, begins to accept her death and his responsibilities as a man.

Brendan Kiely is The New York Times bestselling author of All American Boys (with Jason Reynolds; Atheneum, 2015), Tradition (Margaret K. McElderry Books, 2018), The Last True Love Story (Margaret K. McElderry Books, 2017), and The Gospel of Winter (Margaret K. McElderry Books, 2014). His work has been published in more than twelve languages, and has received a Coretta Scott King Author Honor Award, the Walter Dean Myers Award, and the Amelia Elizabeth Walden Award. His work was twice selected for the American Library Association’s Best Fiction for Young Adults (2015, 2017), a Chicago Public Library Best of the Best (2016) and a Kirkus Reviews Best of 2014. He is on the faculty of the Solstice MFA Program at Pine Manor College. Originally from the Boston area, he now lives in New York City. Follow Brendan on Twitter