It appears from a story posted on Instagram by Greg Pizzoli the other day that the "Jack" early reader series is getting released after all, but the main character is going to be an anthropomorphic dog instead of a monkey. Very excited to see these books! @CrazyQuilts

Elisa shared this news with me on Twitter this morning. She was specifically referring to to Jack Blasts Off which had been scheduled for release shortly. This would be the first book in the Jack Book early reader series. It appears that Jack is now a bunny.

This comes with no comment (so far) from the author (Mac Barnett), illustrator (Greg Pizzoli) or publisher (Viking Books for Young Readers). Being socially responsible deserves mention. Still, it does seem that this series no long has an anthropomorphic monkey. 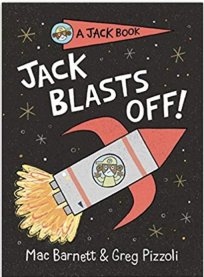 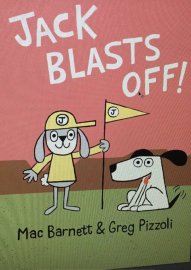