Exciting times for Wade & Cheryl Hudson! Their publishing company, Just Us Books turns 30 this year. With the publication of AFRO-BETS ABC Book, the Hudsons brought in a new era of publishing, one that would recognize the importance of black children, 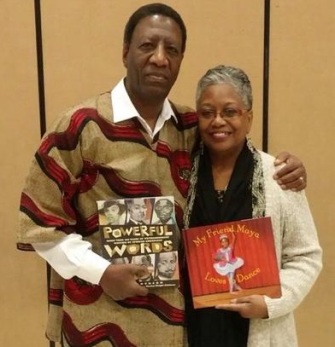 readers, families and consumers. Cheryl and Wade reflect on the growth of their business during a recent interview with The Brown Bookshelf.

They’ve also recently released We Rise, We Resist, We Raise Our Voices (Crown Books for Young Readers), a timely and necessary anthology that they co-edited. The attractive volume for young people pairs writings with illustrations around the themes of resistance, rising and hope.

I was fortunate enough to be able to catch up with this dynamic pair and interview them about their newest book. The Hudsons dedication to children, literacy, diversity and social justice make We Rise, We Resist, We Raise Our Voices a must have for all bookshelves.

Edi: You’ve both been doing this for a long time. Your commitment is real! When did you know you wanted to publish books specifically for children?

WADE: That’s a good question. I think on a personal level, I started moving toward that direction when I was growing up in Louisiana. It always bothered me that there were not books that had characters who looked like me or presented stories about experiences to which I could relate. So, as a youngster, I wrote short stories about the people I knew. I also I got upset because there were no Black actors, especially in programs for children, on television. “The Mickey Mouse Club” was a popular program then. For years, there was not one Black mousecateer. So, I wrote to the Walt Disney Company to complain about it. They sent posters and a letter that thanked me for being a fan but did not address the reason I wrote the letter in the first place.

When Cheryl and I first met, I had created a group of characters based on childhood friend. The series was called Hometown. Cheryl designed the characters. Although I was achieving some success in other areas, i.e plays which were produced, poetry, newspapers and magazine articles, I continued to be interested in writing material for children that spotlighted the Black experience. I wrote several books and stories for educational publishers. So, I think you can say that there was a path that led to our establishing our own publishing company in 1988.

CHERYL: For as long as I can remember, I’ve been a lover of the written and printed word. So, during the early 1970s, I attended a publishing procedures course offered by Radcliffe College in Cambridge, MA. Initially, I was drawn to magazine and adult trade publishing but my first job offer after completing the course was as an art editor trainee for a textbook publisher. I did photo research for social studies books and bought art for selections written for a variety of language arts and reading texts. Doing that kind of work for about 6 or 7 years piqued my interest in trade book publishing for children. When Wade and I started our family, we grew increasingly aware of the dearth of materials published that focused on children who looked like ours. So, I started submitting poems and illustrations to a number of publications including EBONY JR! and Wee Wisdom Magazine. Gradually, individual poems grew into stories and ideas for books. Wade and I created the AFRO-BETS Kids as characters and self-published the AFRO-BETS ABC Book in 1987. Success with that first title had us permanently hooked. What started as a search for materials for our own children grew into a mission to provide relevant books for all children.

Edi: We may not always rise when we resist, or we may simply not be aware of the fact that we are indeed rising, but if we don’t feel progress we can become disillusioned. How can anyone who is politically or socially active maintain their resolve?

WADE: I agree that we can rise without realizing we are doing so. While growing up in segregated Louisiana, I saw Black people rising. But it wasn’t called that. Sometimes, when the odds are stacked against people, when there seems to be no way out of a situation or condition, enduring and “growing” despite the challenges is rising, I believe. I relate it to, for example, eating a peach and discarding the seed on the ground after we have finished. We move on, the act of throwing it away becoming a distant memory.  But, later, that seed geminates and then grows and becomes a peach tree. It may not have received the kind of nurturing those seeds that are a part of an orchard may have received. But it did receive nurturing and it rose. Using that example, I am the peach tree of my parents rising. They had to find ways to rise. If not, they would have been destroyed. Their rising, in the ways they did, produced me.

Resisting is not a simple, clear cut act wither, as we often view it. When I was much younger, while learning about slavery and the abolitionist movement, I was excited to read about the various slave rebellions. I saw that as real resistance. But, as I continued to study, I began to appreciate all the other ways that slaves resisted and fought back. A house slave sneaking food to those who worked in the field, that was resistance. Learning to read., that was resistance. Destroying property of the slaveowners, that was resistance. Even jumping overboard a slave ship during the middle passage to escape enslavement was a form of resistance.

“We will be there with peace and justice as our weapons and love
as a soothing salve to comfort and embrace.

Today, we have so many more tools to use to help us rise, resist and raise our voices. We have a little more freedom to take action. I think the key is, being aware. We must be aware of those challenges that threatening our “freedom”, the progress that has been made, and prevent equal justice and inclusion.

CHERYL: Today’s young people talk about being “woke.” Back in the 70’s we talked about being “conscious.” I think we all need to be mindful of the movement of history and acts that we might take for granted in 2018. For example, eating at the restaurant of our choice, or staying in any hotel we selected, or attending an 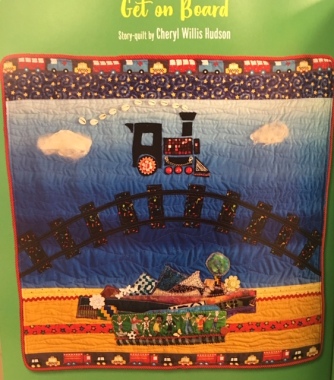 integrated public school were acts of civil disobedience during the 1950s and 1960s civil rights movement. Activism and being woke, then, can take different forms. When we rise, it means that we are in a state of being alert or consciously awake. If we see an issue that needs to be addressed, we show up mentally, think about it, and bring it to the attention of others. When we resist, we face facts and refuse to accept the status quo if the situation runs counter to our beliefs and principles. We decide to move and to actively do something different. When we raise our voices, we speak up, speak out; we state our opinions. Sometimes it may appear that as we take one step forward we then take two steps back. But we need to remind ourselves to be aware that history is not static. We either continue forward or we go backward. If you are socially or politically aware, you are likely not alone. Together people can make a difference.

Edi: What would you most like to see as a result of this book project?

WADE: I hope We Rise, We Resist, We Raise Our Voices simulates discussions in the classroom, in homes and even in organizations about where we are today as a nation. And, from those discussions I hope not only young people, but adults are inspired, encouraged and motivated by the powerful contributions and images of some of our award-winning creators of books for children and young readers. Who 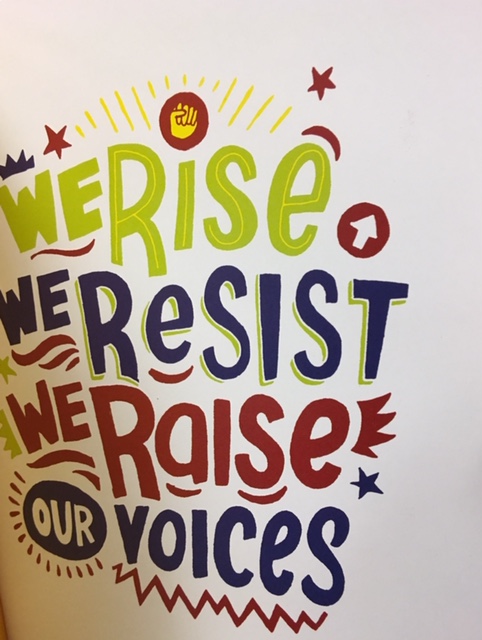 we will be as a nation is at stake. The soul of the country is in the balance.  We certainly still have many, many issues that need to be addressed in order for the country to be that “more Perfect union.”  But, the progress we have made is under attack.  “We who believe in freedom,” which is a line from of one of Sweet Honey in the Rock’s song, must RISE, RESIST and RAISE OUR VOICES. We have no other options.

CHERYL: I hope We Rise, We Resist, We Raise Our Voices will bear witness to the positive aspects of activism. I hope that it will encourage young people to share their own stories and affirm the power of words and images within their own lives. I hope that discussions among young people about this anthology will inspire them to read more literature by “own voices” and make a difference in the world.