Today’s posts is one of those random posts that I’ve spent so much time working on that I can’t not post it.

As I get back into blogging, I think I’m also getting into it deeper. I’m noticing things I that I didn’t pay attention to before such as which days are the most popular for posting, which posts get the most hits and which old posts are still being viewed. I know there’s a shift in audience. I used to get comments from young people when I interviewed their favorite authors but that doesn’t happen so much anymore. I’m surprised to hear professors tell me they teach some of my posts and to have publishers tell me they read my posts as well. This surprises me because I only get the feedback when I see people in real life. There are no comments in any social media sites. It can be hard to tell sometimes if one’s work has any impact. I felt much the same way as a classroom teacher.

Last week, I had a two huge posts. First, I posted about the economic value of African American women in youth literature. That post had a robust circulation on Twitter with several people commenting on it there. Days later, School Library Journal had pieces on Black girls and nonfiction which cited this blog and another article on Black Girl literacies. I still have more work to do on this topic and will continue to have similar posts.

I also posted a review of Monkey Not Ready for Kindergarten. Considering how little response the post generated on social media platforms, I was surprised that this post received more views than any other of my posts so far this year. Anthropomorphic monkeys, apes and gorillas in children’s literature is something that really deserves discussion. I imagine it to be one of the more difficult race based discussions because it extends historically, journalistically and geographically beyond youth literature. Again, I plan more posts. In the meantime, give a more critical look to the anthropomorphic animals in picture books and the subliminal messages they’re sending our youth. These books transmit culture.

As I look at my blogging in new ways, I haven’t figured out how to really identify or measure its impact. Am I just whistling in the wind or writing to entertain like-minded individuals? Am I providing fodder for other creative souls? That would be a good thing, to know that these little posts have grown on to something else but, citations and references, my friends! Every time I hear ‘mirrors and windows’ I should hear Dr. Rudine Sims Bishop.

In the social media landscape, it’s done with ‘H/T’ or a hyperlink.  I’ve learned to value this as a librarian because it’s part of our information literacy framework. I like to proclaim on who’s shoulders my ideas are built, who’s thoughts I use that say it better than mine. I like claiming to be colleagues with some of the best, to have dialoged with their texts and generated thoughts based upon their works. And it’s mind boggling to think my work can do the same for others.

Yesterday, I saw a newly formed non-profit on Twitter that was collecting resources that they’d share on their blog. Specifically, they wanted lists of social justice books for young 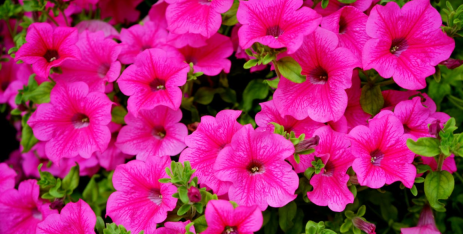 readers. Think about it. If they’re dedicated to diverse literature for youth, shouldn’t they be reading it and creating their own lists? I have my doubts about some of the new sites and services suddenly popping up around “diversity” that aren’t doing the ground work. Librarians committed to social justice and inclusion are reading books by IPOC authors, feeling for themselves the difference between #ownvoices and othered authors. The libraries in which they work are not just developing drag queen story time programming or African American Read Ins, but they’re doing the hard work with racial healing circles or cultural competency staff development.  Publishers and bookstores are hiring employees from a variety of backgrounds who can reduce they workplace’s implicit biases. If the groundwork isn’t being done, clearly there is no intentionality. Needless to say, if we’re not associating with people who don’t look like us outside of work, then our workplace biases will continue. There is most definitely a relationship between our work product and our daily life. I think integrity is the bridge that connects the two. When the actions in our daily life fall short, that bridge (integrity) will falter. I’m thinking of Sherman Alexie and the award rescinded from him by the American Indian Library Association. We may want to segment who we are, but that’s not reality. And, there are consequences.

We bloggers throw our thoughts to the wind. I think of scholar bloggers like Dr. Rob Bittner, everyone at Latinxs in Kidlit, Dr. Laura Jimenez and Dr. Debbie Reese who could easily publish their writings behind paywalls, rather they choose to be transparent in their work, thwarting the imperialistic leanings of print media. Drs. Sarah Dahlen Park and Gabrielle Halko are following this same model with the open access journal, Research on Diversity in Youth Literature that’s set to release in the next few months.

While we work on these blogs as womanists, anti-imperialists and anti-capitalists for no financial gain, we do benefit from other opportunity costs. We just need to keep reminding ourselves of that.

But here, is where I want to take this. I want to talk about the recent, growing conversations I’m having about ‘passive incomes’ and ‘multiple streams of income’. About expecting opportunities to grow from this work. I’ve had this conversation with numerous IPOC women who feel neglected when it comes to opportunities from our work. Sometimes it takes a while to remember that opportunities do abound, but they may not come directly to us.

If I could motivate myself to begin a blog and to stay with it for 11 years, I don’t think I need to wait for someone to knock on my door. Oh, there’s that doubt that questions what I want to do or what I can do and there’s that voice that tells me I’m just not ready to do more, not yet. And, I can remind myself of all the barriers to women, and to African Americans and to African American women but I can also look to so many examples right in front of me and get it done. Denene Millner. Zetta Elliott. Cheryl Hudson. Michelle Martin. Deb Taylor. Andrea Davis Pinkney. Satia Orange. Rudine Sims Bishop.  Augusta Baker. Virginia Hamilton. Ebony Elizabeth Thomas. Carla Hayden. Shout out to the Black women writers!

When I do posts like this, when I think out loud about what I could or should or would do; when I consider possibilities based upon the reality of what so many people really are doing, then I have to believe that someone somewhere is going to catch a thread and do something themselves. I may as well, too.

I’ve noticed that my blog has been read in over 300 countries.